“Well, everyone can master a grief but he that has it.” 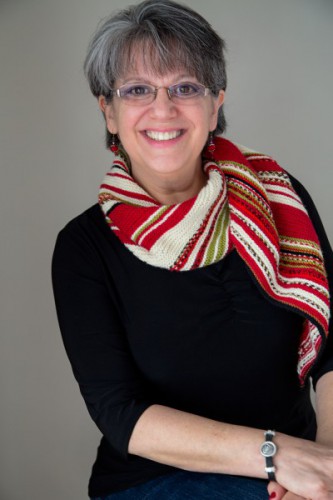 “Well, everyone can master a grief but he that has it.”  ~ Benedick, Much Ado About Nothing, by William Shakespeare

Many years before I had to deal with deep grieving, I read the quote that is the headline of this blog. It meant nothing to me. “Of course,” my young mind thought, “if you suffer a loss, just deal with it! Grow! Let go! Get to the next plateau! Death is part of life, so just move on.” Well, that’s what the much less experienced and mature Wendy thought.

In 1981, the day after my going-away party for my planned move to California, my father dropped dead from a massive heart attack. He was 53 years old. I was 28. Ten days later, Mom was diagnosed with breast cancer, and she died 2-1/2 years later at the age of 55. I had six miscarriages between those two major losses – plus my uncle, two of my grandparents, and my girlfriend all died in that period of time as well. I was stunned, to say the least.

Sometime during that first week after Dad’s death, the song “Paint It Black” by the Rolling Stones came on the radio. It hit me like a ton of bricks. As did my first trip to a Hallmark store. The line from Joni Mitchell’s “Big Yellow Taxi” reminded me that in fact you DON’T know what you’ve got until it’s gone. The depth of my sadness and grief led me into a short time with a grieving counselor. It was the best gift I have ever given myself, as I learned some great techniques that have helped me more than I could ever imagine.

The stress of loss of a loved one is palpable. People tell you how you should manage your grief. Generally, those are the folks who have not experienced a deep loss. For example, my ex-husband was upset with me one Mother’s Day, just five years after Mom’s death, when I suggested that we split up for the first half of the day, and he take our very young kids to visit his mom. He could not comprehend why I didn’t want to go to that intact family’s celebration. In fact, he looked at me and said, “Why can’t you f…ing get over it??” Yes. He did. Really. That was prior to the time in his life when his parents died – he didn’t understand grief at that point. Again… “Well, everyone can master a grief but he that has it.”

Back to what the grieving counselor taught me. She suggested that I focus on the not-horrible things every day. We tend to focus on the darkness rather than the light as we move through grief. We feel sadness, anger, frustration, and abandonment deeply, and often by focusing on that, we lose sight of moments of happiness. My mom’s brother – Uncle Lawrie – told me once that life is like a clock. The hands go around every hour. In that hour, there are 5 minutes of pure bliss – a second here, a minute there… And the rest of the hour is hard and challenging. He told to me that we all need to focus on those seconds of bliss every hour and enjoy the heck out of them. He was right.

A year ago on April 3rd, my best friend of 45 years Dave died after a fast battle with ALS. I was couch-bound with grief for a month. Shortly after that my very dear Aunt Charlotte died from a six year battle with cancer. The grief from these two events was thick and heavy. After several months, I was ready for counseling again. Then I happened upon a knitting pattern for a Mood Scarf. You knit the colors of your moods. It has been a godsend.

I started it on last August 31, and I’ll end it on next August 30. Every night I jot my mood down in a log, and knit 2 rows of the yarn color that I have chosen to assign to a specific mood. Take a look at a great article by Detroit News columnist Jocelyn Brown that gives you more details – Jocelyn Brown’s Article on Mood Scarf in Detroit News.

Why does this knitting and journaling work to help manage stress and aid in the grieving process? For starters…

Life has its ups and downs. We are challenged daily to move through stressful situations and remain a functioning human being. Be kind to yourself during times of loss, and focus on your positive moments. Trust others and don’t be fearful of getting yourself to a grief counselor. We all need help in stressful times. Knitting might not be for you – there are many creative activities and projects that can help you move through your grief. Find something that will help you be creative about staying focused on the positive as much as you can. You can do it. Honestly.